John BurkePosted on September 1, 2015 Posted in Jazz Scene — No Comments ↓ 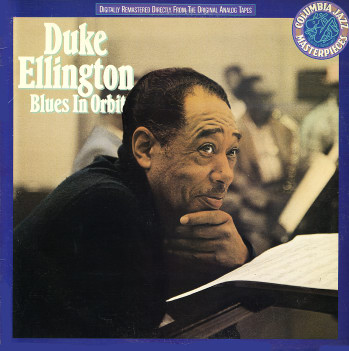 Well the 19th of August has been and gone in the rush of events around here.  But an extensive program was produced with 35 tracks played over the two hour time slot; a jazz hit parade of the 30s, 40s, and 50s.  There were plenty of big names starting with Duke Ellington with a trio of tracks off an album titled Blues in Orbit.

The original album was released in 1956 but my copy dates from 1988 and is a CBS Masterworks version.  The tracks played were Blues in Orbit, Track 360 and Villes Ville is the place, man.  These first three tracks set up the night for a number of Ellington related tracks including another four tracks from a 1956 album titled Ellington Sidekicks featuring Cootie Williams –  Mobile Blues; Johnny Hodges – Swinging on the Campus; Rex Stewart – San Juan Hill and Barney Bigard – Tapioca. 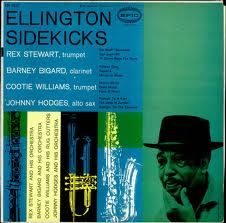 Most of the vocal tracks were by female jazz singers – Ella Fitzgerald – That Old Black Magic and Lover come back to me (1962); Anita O’Day – It had to be you and My heart belongs to daddy (1961); Dinah Washington – Please send me someone to love (1963); June Christy – Swingin’ on nothing (1962); Sarah Vaughan – Moonlight in Vermont (1961) and Peggy Lee – Well alright OK you win (1958).  Jo Stafford snuck in there with Tommy Dorsey and the smooth and romantic Manhattan Serenade.

And we did play some swing from the swinging 40s – three crackers from Tommy Dorsey – Opus #1, I never knew and Song of India from a 1973 compilation album I’m getting sentimental over you.  We topped and tailed Tommy Dorsey with Benny Goodman – Swingtime in the Rockies, Artie Shaw – I get a kick out of you, and the immortal Glenn Miller with Tuxedo Junction.

The end of the show was brought to us by Lionel Hampton & His Ork and the raging Flying Home – all 8:03 minutes of it – off the live album Newport Uproar! (1968) – a recording of Lionel’s first and belated appearance at the Newport Jazz Festival in 1968.

You can check out the complete playlist at the following link and “Hear Again” the program over the next four weeks on the Radio Adelaide site.  Swing On!