Well we have analyzed Rock Pop RnB Soul Blues & Psychedelia from many angles and across three continents in 1967.  But there is always one more view or one more unknown hit to make us laugh or cry.  Billboard published, on 30 December 1967, a supplement to its normal Billboard magazine, a 164 page document titled “1968 Record Talent Edition”  In this important supplement Billboard, with a strong US perspective, lists its top artists, groups, singles and albums across all music genres along with a smattering of international artists for 1967 –  a WHO’S WHO IN THE WORLD OF MUSIC.  And surprisingly it seems, the Billboard Artist of the Year was Ravi Shankar, and for once it was not all about the money or record sales or appearance in the Hot 100 charts, but about “more lasting values.” 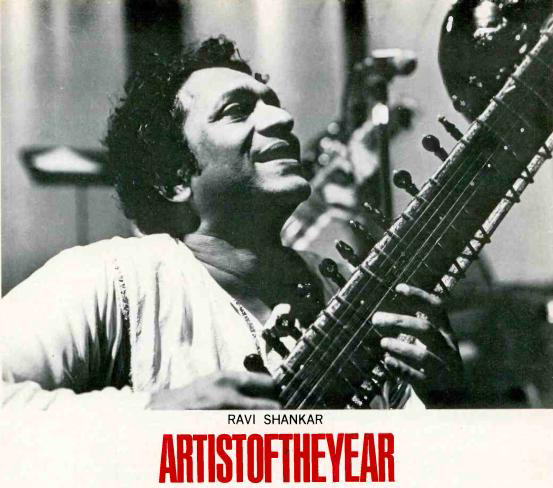 The top album artists are judged on the number of albums in the Top 100, sales and weeks in.  Of course Herb Alpert & the Tijuana Brass won by a country mile having humungus sales and about eight albums adorning the charts in 1967.  Bill Cosby is #2 and the Monkees #3 – high popularity and sales  in the US.  The Beatles, releasing the album of the century, sit at #13.

The Supplement is attached below and brings back a view of the commercial music and entertainment world of 50 years ago.  There are some great photographs of artists in their heyday in 1967, many obscure entities promoted by desperate A&R personnel, who may still remain unknown, and a great vault of old albums, ancient labels and musical memories. The Beatles appear in a single photograph along with other UK artists for an advertisement for Electrical and Musical Industries (EMI).  Almost says it all.  Although there is a nice photo of the Decca Building in London.   Happy reading.