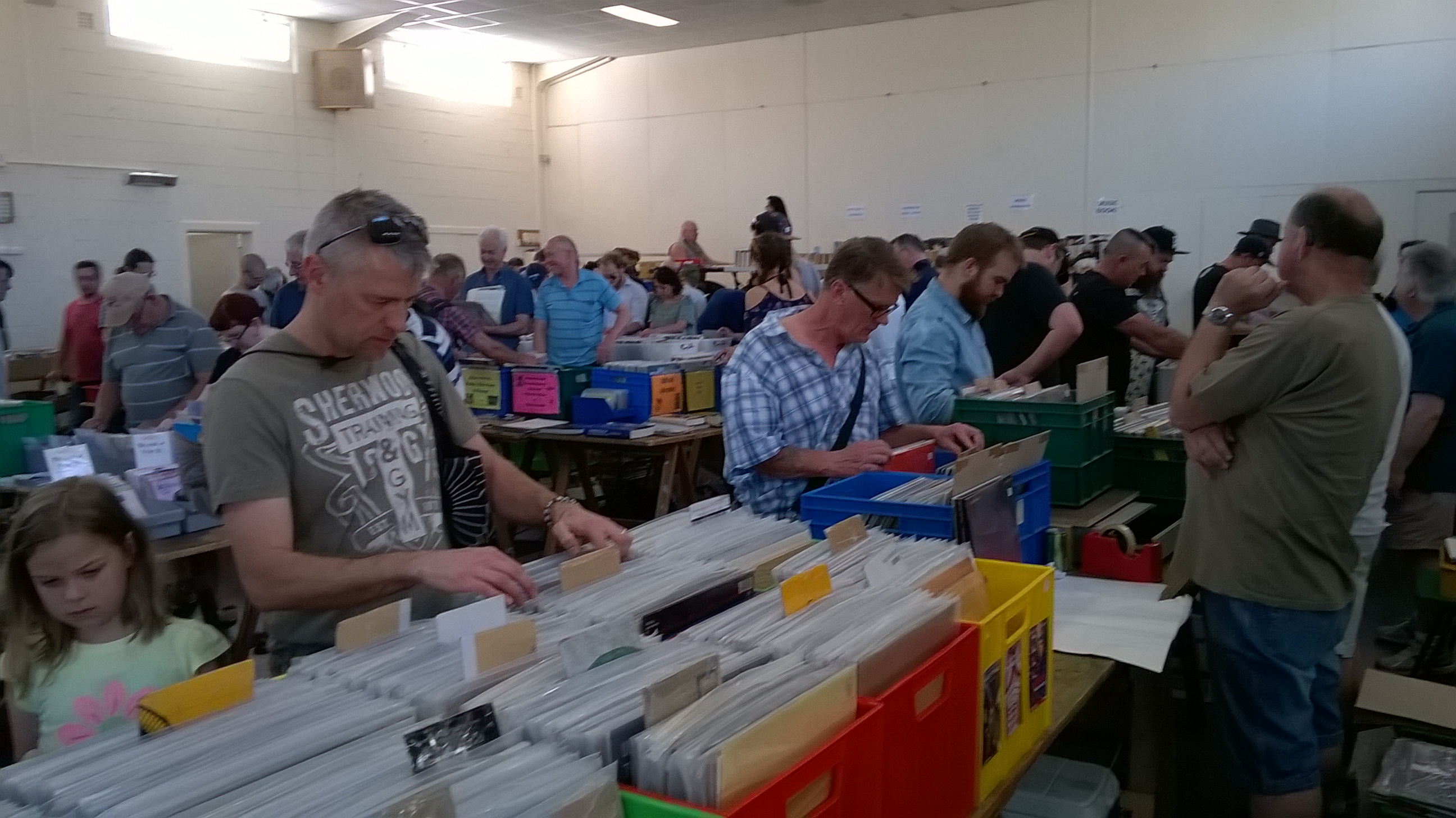 The temperature in Adelaide was a hot 35C on Monday October 5.  At Semaphore the temperature was 32C with the benefit of a sea breeze and business was brisk at the Record Fair throughout most of the day.  Sellers outside the hall had to deal with the heat and glare and try to keep their vinyl from melting.  Inside the hall fans whirred aloft and kept punters and sellers cool.  Whilst the advertised starting time was 10 am the punters wandered in from 9 am and started to buy everything in sight.

It was one of those fairs where people purchased records that they had owned twenty years ago and more, and needed a replacement for a long lost copy.  The girls were popular – Sandie Shaw, Stevie Nicks (sold out), Dolly Parton, Pat Benatar, Belinda Carlisle, Abba (sold out), Cindy Lauper, Diana Ross, Gloria Estefan, and Cher.

Even the 50s sold well – Eddie Cochran, Elvis, Gene Pitney and the Shadows.

And there were some good vinyl buys to be had at reasonable prices.

All in all it was a good day out.  Because of the relatively high temperatures the food stall run by volunteers from the Church hall had the difficult task of distributing about sixty hot pies among themselves at the end of the day, as demand was low.  But they should make that up at the next fair in April 2016 when the temperature is generally pie friendly.

Thanks again to Mr Vic Flierl of Mr V Records for presenting the fair – another success story.