Jazz On The Terrace – Swingin’ in November

John BurkePosted on November 14, 2015 Posted in Jazz Scene — No Comments ↓

Friday the 13th but no spooky music today.  We get straight into it with Benny Carter and His Ork and Swingin’ in November, following with two high rollers – Duke Ellington and Louis Armstrong with a little tune – Duke’s Place.  This second track is from a 1961 album titled Recording together for the First Time.

There are two ‘modernist’ jazz tracks for a bit of non-traditional jazz excitement – Herb Alpert from his 1980 album Beyond with a slow ballad titled Reach for the Stars, and follow immediately with slick keyboardist Chick Corea and a multitude of musicians with the galloping Central Park from his 1978 album – Secret Agent.

There are a few other stand out tracks – Australian group the Judy Bailey Quartet from their debut 1974 album One Moment and the first track off the album – You’ve changed; the marvellous Milt Jackson and a track titled The Steel Bender also from a 1974 album – Olinga.  The smooth Scott Hamilton Quintet play Just in time from their 1987 album The Right Time. 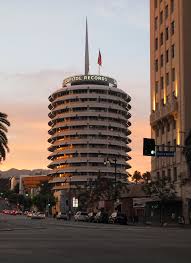 We end today with a rollicking Flying Home, a Lionel Hampton gem, today performed by trumpeter Ray Anthony in a jam session from an album titled Jam Session At the Tower – recorded in the Capitol Records Building, a Los Angeles Historic – Cultural Monument.

Listen in to the show here for the next four weeks.  Stay Cool.